·       This technology combines high-end cameras and Micro Focus IDOL, which enables capturing an enormous amount of raw data rapidly and making sense of it almost instantly. And this system had to be extremely user-friendly for law enforcement," says Russell Hammad, CEO of Zenith Gulf Security Systems, which developed the ANPR system.


·       The new system (which they rolled out in 2015) provides a more visually subtle integration of 12 cameras into the light bar, along with the ability to read license plates up to three lanes to the right or left of a patrol car, even at high traffic speeds. 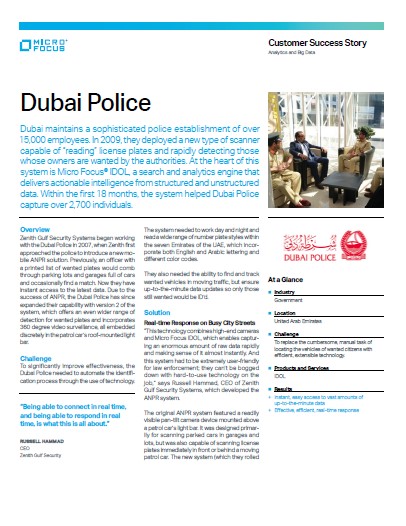